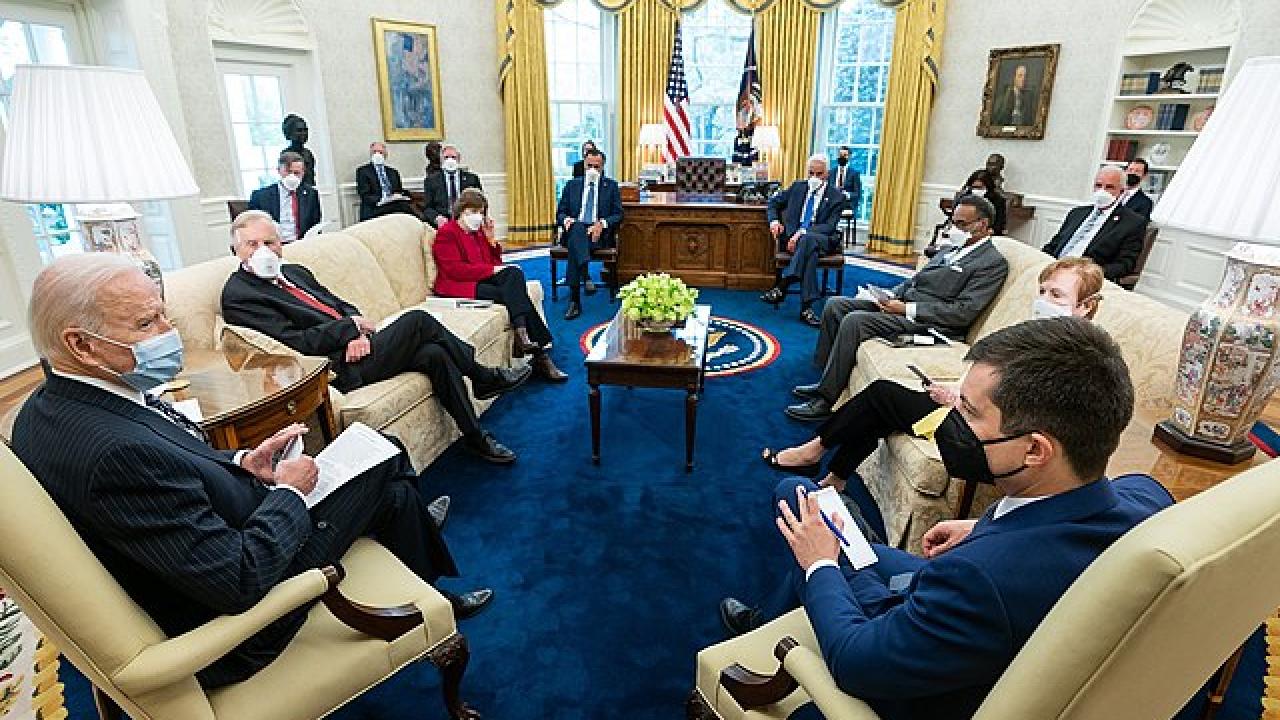 Biden Climate Plan and the American Jobs Plan Are Two Important Pieces of the Puzzle – but do they go far enough?

President Biden recently announced a pledge for a 50% reduction in greenhouse gas emissions by 2030 (from 2005 levels). This dovetails with his proposed American Jobs Plan that aims to target trillions of dollars in infrastructure investments towards climate objectives, including encouraging electric vehicle usage, supporting public transit, and greening the power sector. The initial budget for encouraging EV manufacturing and purchases will total $174 billion, with the goal of lowering the cost of EVs for consumers and providing more EV charging stations. However, experts are worried that the proposed approximately half a million charging stations will not tip the scales to widespread EV adoption among American consumers. Another part of the infrastructure bill includes a new Clean Electricity Standard, which mandates zero-carbon energy sources be utilized on a national level. Despite the ambitious targets that the American Jobs Plan proposes, it is not a piece of proposed legislation, it is simply a robust plan. It will still require congressional leadership in order to translate this vision into policy. As of now, House Speaker Pelosi is aiming to pass the infrastructure bill by July 4th, which will then go on to the Senate deliberations.

Biden’s climate pledge demonstrates the type of ambitious climate leadership that can encourage real policy change. However, on its own, this commitment is insufficient. The real action happens in the policymaking that will help meet these commitments. It is a strategic decision to release this commitment in the context of the negotiations of the American Jobs Plan (AJP), which promises significant energy and transportation investments that will create jobs and simultaneously address climate change. However, the AJP may not go far enough to meet the climate ambitions of the Biden Climate pledge. We focus on two areas for improvement, EV infrastructure, and public transit.

For electric vehicles, the Biden plan proposes 500,000 new chargers installed nationally by 2030. A recent California climate study led by UC Davis, titled Driving California’s Transportation Emissions to Zero, estimated that in order to meet California’s carbon neutrality goals by 2045, the EV market will demand an increasing rate of annual charger installations each year through 2045, with a peak of about 300,000 Level 2 chargers installed per year by 2031 (and almost 40,000 annual DC Fast chargers). The Biden plan is laudable, but will provide orders of magnitude smaller charging investments than UC researchers claim will be necessary to meet just California’s EV market needs. Thus, the Biden plan may leave a large gap for other sources of public and private investment in EV charging infrastructure. Furthermore, the plan does not distinguish which types of chargers will be deployed. Home chargers are cheaper to install, but many people, including those living in multi-family housing, need a shared charger or public charging options. Researchers at UC Davis also have studied the types of chargers in greatest demand and this research can inform the policy. Also missing from the announcements are specifics regarding whether the plan will strengthen requirements for automakers to sell EVs and fund incentives to buy EVs.

The AJP also calls on Congress to allocate “$85 billion to modernize existing transit and help agencies expand their systems to meet rider demand.” This promise addresses a large repair backlog (estimated at $105 billion). UC Berkeley researchers conducted a study outlining the needs of transit agencies in the U.S. that emphasized the need for systemic change in public transit, one centered in addressing disparities and equity in American cities and towns. The researchers suggest this include reforming transit to be part of an innovative mobility ecosystem, which could include complementary services such as scooters, bikeshare, or private partnerships. More of this kind of big picture thinking will require a restructuring of transportation finance.

The Biden climate goals and the AJP are exciting steps forward for sustainable transportation, but these plans need more details based on research that will demonstrate how to achieve the goals outlined in the plans.